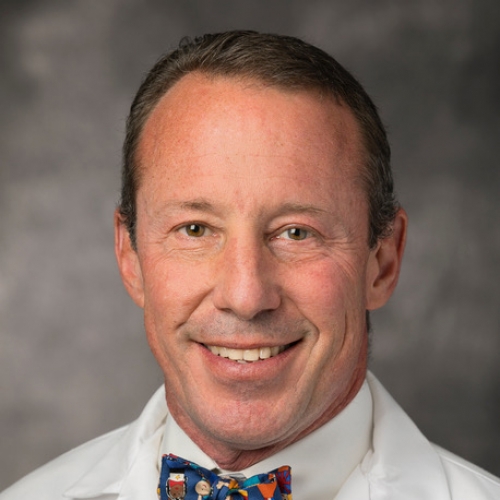 Dr. Michael Abrams is a graduate of Haverford College and a combined program in Medicine at Dartmouth and Brown Medical Schools. He served four years as a General Medical Officer and Battalion Surgeon in the U.S. Army, and then completed a residency in ophthalmology at the State University of New york in Buffalo, where he became the Chief Resident.

Dr. Abrams completed his fellowship in Pediatric Ophthalmology at the Children’s Hospital of Michigan, and then practiced in Salt Lake City for 16 years, where he regularly conducted and published his research. He served as a Volunteer Faculty member for ORBIS International, taught around the world, and developed an interest in Connected Health and in creating shared educational platforms for ‘emerging’ medical systems. In 2012, Dr. Abrams was appointed Chief Medical Officer of FreeLinc, a company whose wireless technology will one day replace Bluetooth for secure, reliable and power efficient medical body area networks. In 2013, he took a sabbatical from medicine to reorganize and recapitalize the company, and to become its Chief Executive Officer and Chairman of the Board.

In 2019, after co-authoring numerous patents and bringing the technology to the early stages of adoption by its customers in the military and medical markets, Dr. Abrams returned to pediatric ophthalmology to continue research, teaching and the practice of medicine. He has served on numerous other boards, including the Children’s Eye Foundation, SpinGo, the Utah Ambulatory Surgery Center Association, and the Utah Medical Insurance Association, where he inspired and helped to guide a $150 million merger and acquisition.